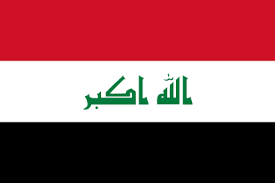 Where is Iraq located?

Irag is a Western Asian country that shares borders with six other countries. The Republic of Iraq shares its northernmost border with the country of Turkey, while the southern edge of Iraq is shared with Saudi Arabia. In the east lies Iran and to the west lies Syria. Jordan is along Iraq’s southwestern border, where Kuwait is situated along Iraq’s southeastern border.

Iraq have 126 cities. Each row includes a city’s latitude, longitude, governorate and other variables of interest. This is a subset of all 21,735 places in Iraq.

Notable Cities: The capital of Iraq is Baghdad, which is in the governorate of Baghdād, with an urban population of 5,054,000.