Iraq War, also called Second Persian Gulf War, (March 20, 2003), conflict in Irag that consisted of two phases. The first of these was a brief, conventionally fought war in March–April 2003, in which a combined force of troops from the U.S and Great Britain, invaded Iraq and rapidly defeated Iraqi military and paramilitary forces. It was followed by a longer second phase in which a U.S.-led occupation of Iraq was opposed by an insurgency. After violence began to decline in 2007, the United States gradually reduced its military presence in Iraq, formally completing its withdrawal in December 2011.

The Iraq War was a military conflict that lasted seven years, from 2003 to 2011, and cost $1.06 trillion.
The U.S. war in Iraq has cost $1.7 trillion with an additional $490 billion in benefits owed to war veterans, expenses that could grow to more than $6 trillion over the next four decades counting interest. The war has killed at least 134,000 Iraqi civilians and may have contributed to the deaths of as many as four times that number. When security forces, insurgents, journalists and humanitarian workers were included, the war’s death toll rose to an estimated 176,000 to 189,000.

It was also an update of a 2011 report the Watson Institute produced ahead of the 10th anniversary of the September 11 attacks that assessed the cost in dollars and lives from the resulting wars in Afghanistan, Pakistan and Iraq.

The 2011 study said the combined cost of the wars was at least $3.7 trillion, based on actual expenditures from the U.S. Treasury and future commitments, such as the medical and disability claims of U.S. war veterans.

That estimate climbed to nearly $4 trillion in the update.

The interest on expenses for the Iraq war could amount to about $4 trillion during that period, the report said. 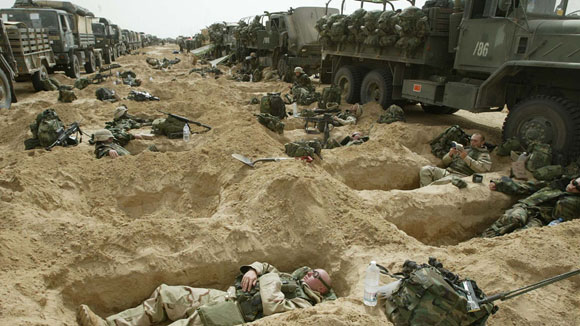